Railtown Actors Studio is proud to present Railtown Lab, an initiative created to give artists a platform to launch new works and stretch their artistic limits. Artistic Director John Cassini provides guidance and support for the artists to engage their work among peers while emphasizing the importance of the creative process.  The Railtown Lab was originally created by Anthony Shim and Bryan Demore.

Railtown Lab hosts Amy Lee Lavoie's chilling tale of a family coming to terms with their past.

Neil LaBute took time off from filming to do a Q & A with us and held a reading of his unpublished play Black Chicks.

Railtown Lab served as all-around support for DAUGHTER, first as a place to workshop the script and bring it to a screenplay, then as a production office.  DAUGHTER was written by Railtown Actors Studio Instructor Anthony Shim, starred Artistic Director John Cassini in a riveting lead performance, as well as Jenn MacLean Angus, Teagan Vincze, and included many more from the Railtown Family, all taking part in the various areas and departments of the filmmaking process.  This critically-acclaimed, independent film is now making its rounds on the world-wide film festival circuit. 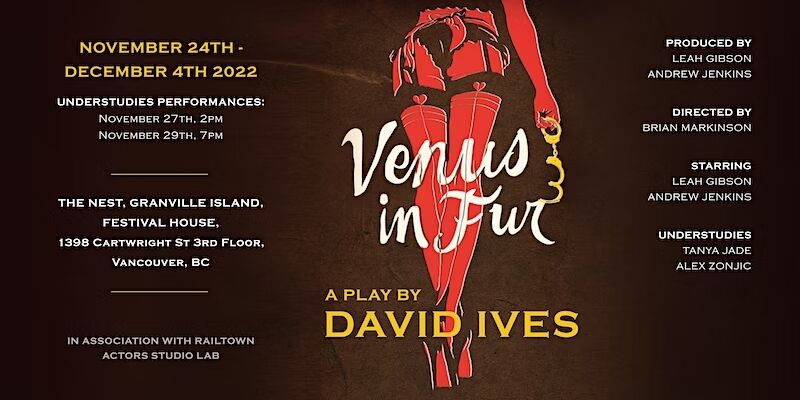 Tickets and Details at Eventbrite.com

Behind Scotiabank on Oak & Broadway